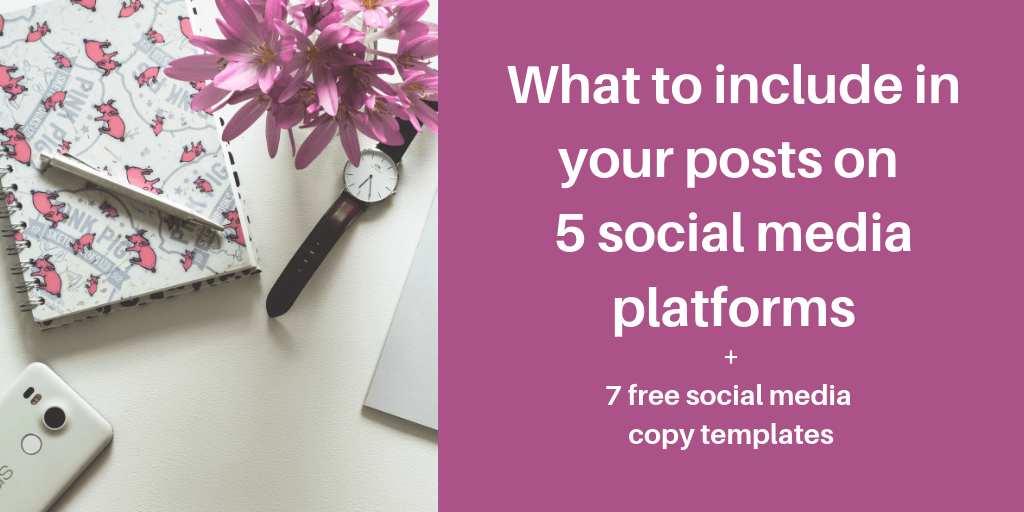 You may not sell products or services directly on social media. And social media may not convert as well as email does.

But there’s more than one reason why most businesses and bloggers are on at least one social media platform. Social media is a great way to reach new members of your audience, nurture relationships with your fans, and drive traffic to your website or blog.

And because social media is playing an increasingly large role in online advertising (think of all those promoted posts you see these days), having an engaged social media following is handy if you want to run ads on social platforms.

So aside from writing stellar social copy (which is obviously important), how can you craft social media posts that get more engagement? Keep reading below to learn what to include in your Facebook, Twitter, Instagram, Pinterest, and LinkedIn posts.

Here’s a summary of what I cover for each platform:

Facebook may seem like the dinosaur of social media platforms. But it still has a whopping 1.56 billion daily users. And when it comes to the power of its online ads, it blows all of the other social media platforms out of the water. For this reason, it’s strategic to build an engaged following on Facebook.

Social media and marketing experts agree that shorter Facebook posts perform better than longer ones do. But they don’t always agree on just how short is short enough.

If you look at sources that cite older studies, you’ll probably find that they recommend using no more than 40 characters in your Facebook posts. According to them, when posts are this long, they get more likes and comments. The problem? This data comes from studies published in 2011—and the way people use Facebook has changed drastically since then.

Using even more recent data based on over 6 million social media posts, CoSchedule found that 111 characters was the most optimal length.

So when creating your own Facebook posts, experiment with different character lengths in the 40–111 range and see what gives you the best results. 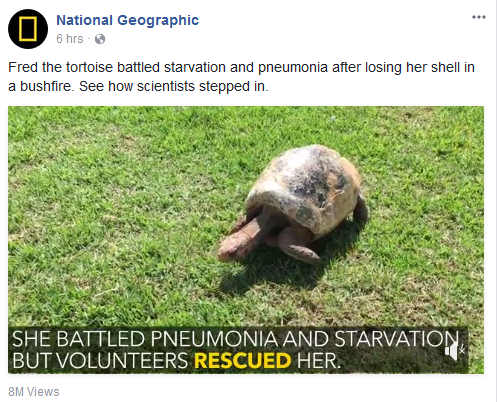 Although you probably see more and more posts with hashtags on Facebook, hashtags still aren’t as common on the platform as they are on Twitter and Instagram. For this reason, experts suggest limiting your use of hashtags on Facebook. This is consistent with data from CoSchedule showing that the optimal number of hashtags for a Facebook post is 0.

As emojis become increasingly popular, you’re more likely to see businesses and bloggers including them in their Facebook posts. But should you use them in your Facebook posts too?

Data from Agorapulse suggests that you should! It indicates that Facebook posts with emojis get 7.99% more impressions, 23.78% more engagement, and 28.87% more clicks.

But how many should you include? According to CoSchedule’s data, using 1 emoji per post is optimal on Facebook.

Related: How to write engaging Facebook posts that convert

Fortunately, there’s more consensus among social media experts on what the ideal length of a tweet is. In particular, data from Buddy Media shows that tweets with about 100 characters or fewer get 17% more engagement than longer tweets. They also get more retweets and replies.

Data from Track Social and CoSchedule is generally consistent with these findings.

Why does this length work so well on Twitter? It gives you enough room to convey your message. And it leaves enough space for someone to add a message of their own when they retweet it.

Hashtags are very common on Twitter. But this doesn’t mean you should go crazy and add 10 of them to your tweets. Instead, data shows that including 1-2 hashtags generates the most retweets.

However, not just any hashtags will do. According to Hashtags.org, the best hashtags are no more than 6 characters long.

Okay, so you know that the right hashtags make great additions to tweets. But what about emojis? The data is mixed.

So when you’re crafting tweets, share a mix of emoji-less tweets and tweets with just one emoji. Then you can see which approach works best for your account. 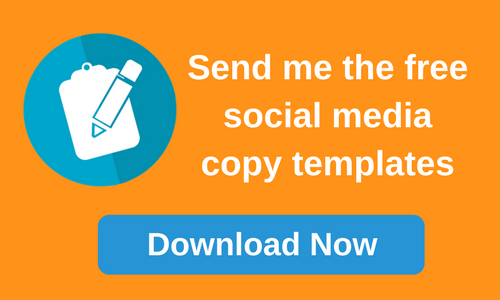 Instagram may be a visual social media platform. But this doesn’t mean that what you put in your captions isn’t important. Instead, your captions can have an important impact on the engagement your posts get. And because Instagram is now owned by Facebook and linked into its powerful advertising machine, it pays to take Instagram marketing seriously (if it’s right for your brand).

Hootsuite recommends including 138-150 characters, but CoSchedule found that 241 characters was the optimal length. Test captions within the 138–241 range to see what works best for your brand.

Because hashtags boost the visibility of your Instagram posts, some people recommend including the maximum number of hashtags—30—in your captions. However, data from TrackMaven and CoSchedule suggests that more hashtags doesn’t necessarily equal more visibility. Instead, their data shows that 9–12 hashtags is the sweet spot.

TrackMaven’s data also suggests that the hashtags you use on Instagram can be longer than the ones you use on Twitter. It indicates that hashtags with 21–24 characters generate the most engagement.

Instagram posts with emojis outperform those without emojis. In particular, they get 15% more engagement.

But just how many emojis should you use on Instagram to get the best results? According to CoSchedule’s data, 3 emojis is the optimal number.

It’s easy to dismiss Pinterest as a girly platform that’s just for wedding planning and meal prep inspo. However, in reality, Pinterest is a golden marketing opportunity for businesses and bloggers. That’s because it has over 175 million active monthly users, and among new users, about 40% are men.

But that’s not all. Pinterest is also more effective than any other social media platform at driving traffic to sites and blogs. And it has an average order size of $50, which beats out all other social platforms. So if your audience is hanging out on Pinterest, it’s a great place to be.

Because Pinterest is a visual search engine, it’s not surprising that image posts outperform link posts.

How long should you make your pin descriptions if you want to maximize your results? Data from CoSchedule shows that 215 characters is the optimal length. 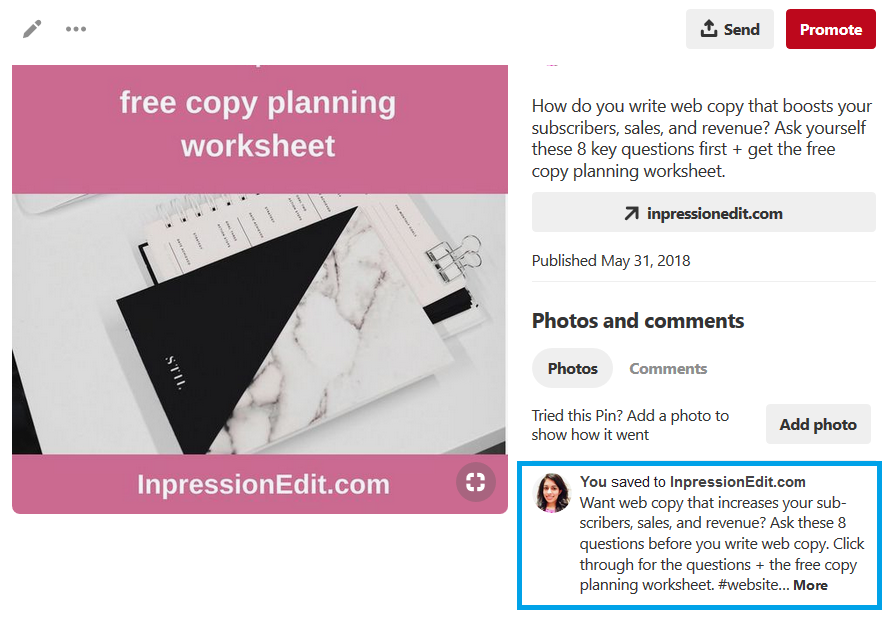 Data from CoSchedule shows that posts without any hashtags at all tend to perform best on Pinterest. However, Pinterest recently made the switch to encouraging the use of hashtags. (And in particular, they recommend using up to 20 in pin descriptions.) For this reason, we may soon see data showing that pins with hashtags outperform those that don’t.

Although hashtags are becoming more and more common on Pinterest, emojis aren’t making the same strides yet. That’s why leaving emojis out of your pin descriptions still seems to be the best bet.

LinkedIn may seem the least sexy among all the major social media platforms. But because of recent changes to its algorithm and platform, it’s getting record levels of engagement. That’s why it now has over 590 million users and gains 2 new users every second. LinkedIn is also responsible for more than 50% of all social traffic to B2B websites and blogs. And over 100 million of its users are either decision makers or influencers. So especially if you’re a B2B business, it’s useful to get it right when you’re sharing posts on LinkedIn.

Unlike on other social media platforms, text posts perform best on LinkedIn. This may be because text posts seem less spammy on a platform that’s full of self-promotion.

I just told you that text posts are powerful on LinkedIn. But how long should you make them? Data shows that posts ranging from 100 characters to 149 characters tend to perform best on the platform.

Hashtags are even less common on LinkedIn than they are on Facebook. So it’s not surprising that posts without hashtags tend to outperform posts with hashtags on LinkedIn.

At least for now, there’s no need to worry about emojis either. On LinkedIn, posts without emojis tend to perform best.

Related: How to write LinkedIn posts that engage your audience

Looking for a tool that can help you size up and optimize your social media posts? Check out CoSchedule’s free social message optimizer. Just paste your post into the tool and it’ll give you scores and tips for optimizing your post on all 5 social media platforms. 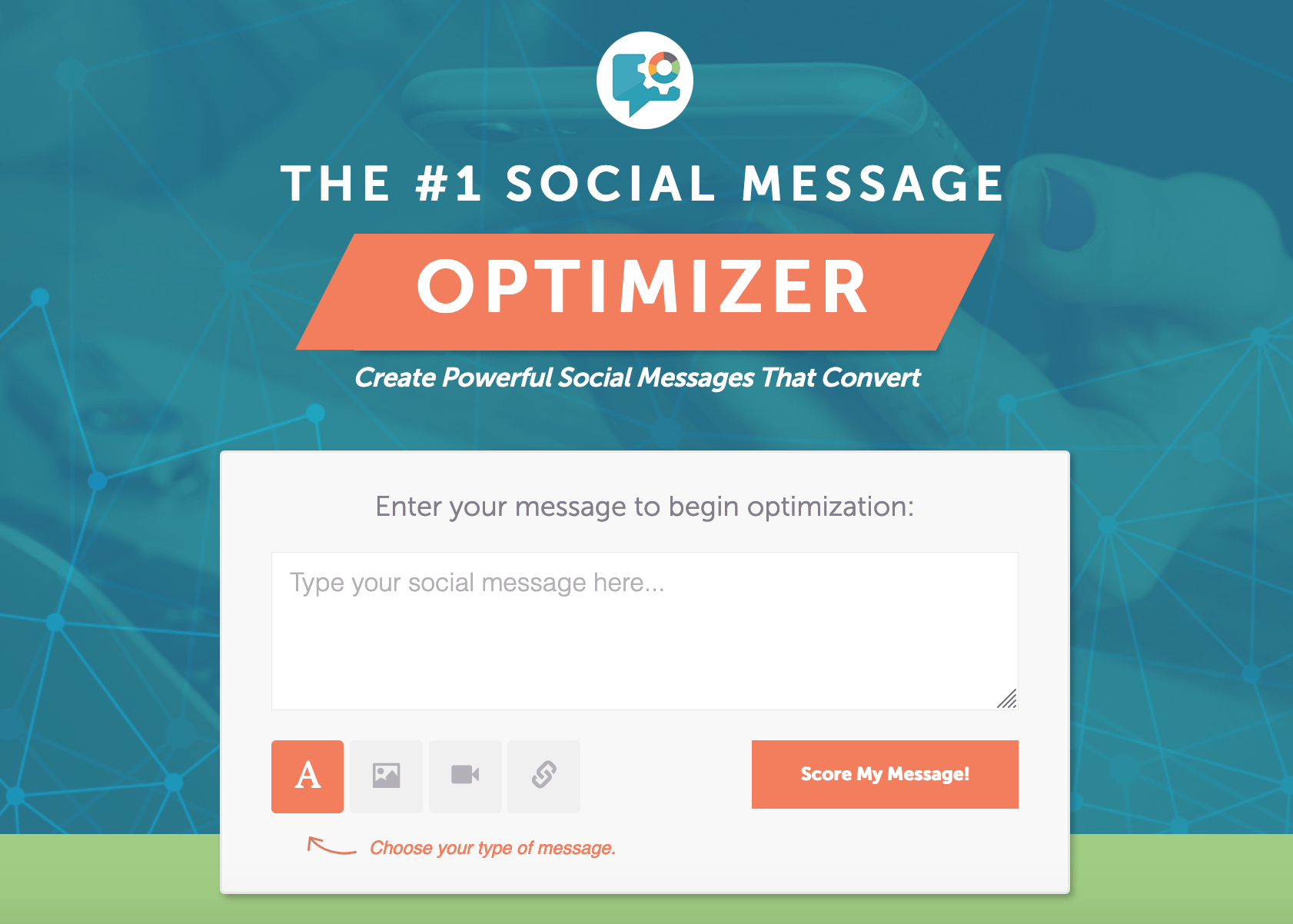 Optimize your posts for each social media platform

Even though Facebook has been around since 2004, social media marketing is still relatively new to the business world. That’s why it can feel like a guessing game when it comes to knowing how to optimize your posts for different social platforms.

Fortunately, the stats I’ve shared above can make crafting and sharing effective social media posts a whole lot easier (phew!). Of course, the optimal post length or hashtag count for your brand may vary slightly from the averages I’ve presented in this post. But they do give you a solid, data-backed starting point to work from when you’re testing and optimizing your posts.