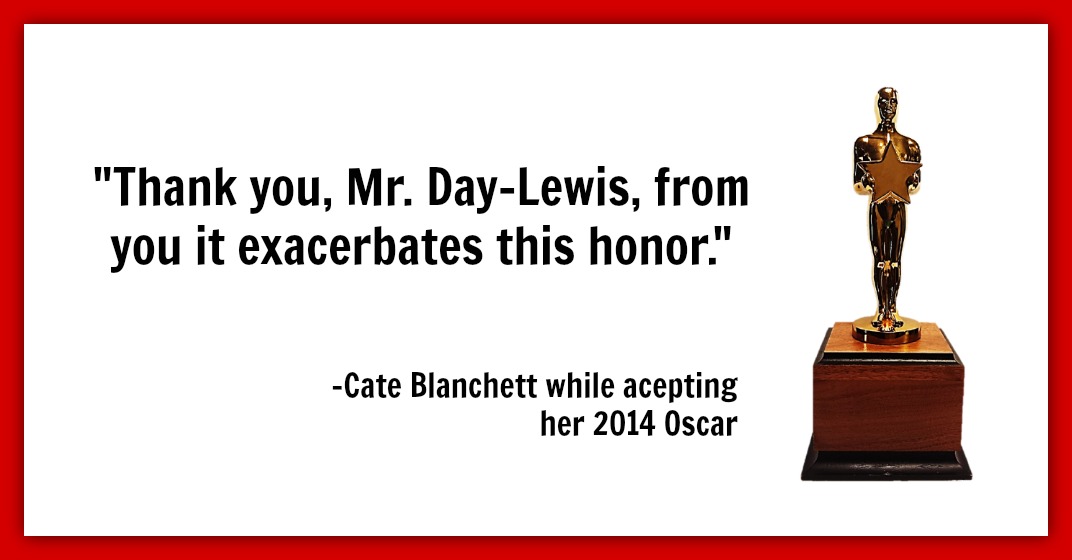 Some people trip at the Oscars (remember Jennifer Lawrence’s unfortunate mishap?). Other people end up insulting their award presenter. Cate Blanchett knows this all too well. In 2014, she received an Oscar for her role in Blue Jasmine. When she walked onstage to accept her award, however, things didn’t exactly go as planned. She meant to thank Daniel Day-Lewis for presenting the award to her. (After all, how cool is it to have Daniel Day-Lewis announce to an audience full of celebrities that you’ve won an Oscar?) What she ended up saying, though, was this:

“Thank you, Mr. Day-Lewis, from you it exacerbates this honor”

We all have times when we say something out load and immediately regret how it came out. Sometimes it happens when we’re having a heated argument with a friend or family member. Other times it happens when we’re delivering a presentation and we end up saying something far less elegantly than we wanted to. In most cases, though, these blunders don’t happen in front of millions of people and they aren’t preserved in cyberspace for eternity. So what are the morals of this story?